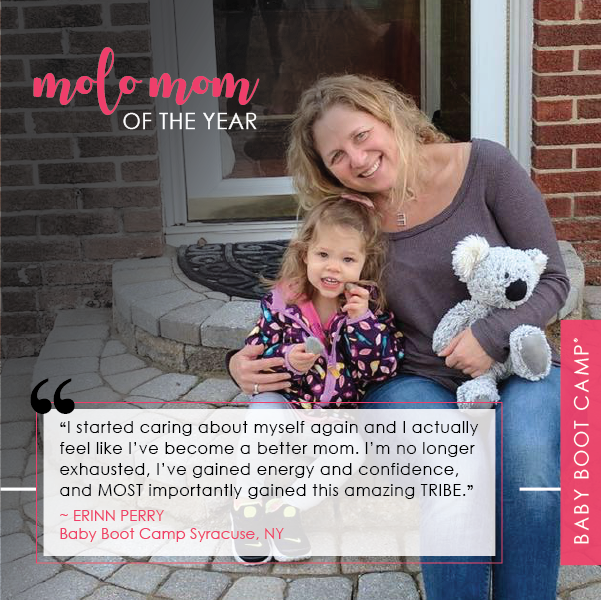 “It has been hard to put into words what MOLO has meant to me this year because it has been such an impetus for positive change. It’s like all of those overused metaphors about gaining momentum, and it has been overwhelming when I stop to think about it. Taking time for yourself as a mother, to allow yourself that gift, seems so simple and yet it is so difficult. That’s the thing, I think I’m pretty average in all of this, but also feel like I’ve accomplished something extraordinary. I’m humbled and proud to have gone through this experience motivated by such an amazing group of mamas.

"To understand how I got here and why it means so much to me, it helps to think about my journey. Weight and body image have been things I’ve struggled with most of my life. I had lots of ups and downs in my teens and 20s. Then in my early 30s, I found a love of fitness, meaning exercise and wellness, instead of just diets. I sustained years of taking care of myself and being healthy. Of course, I was single and didn’t have any kids, so I had the time to devote to myself. Living that way became simply who I was…a person that did yoga and ran half marathons and got lots of sleep.

"Then life happened. I met an amazing man, married him, and got pregnant a couple of months later. I was over the moon and also surprised that I was able to get pregnant at such an advanced maternal age (they call it geriatric pregnancy!) due to being in such good health. I was determined to keep it up, and when I found out I was having a girl, I was already thinking about being a role model for her. Aside from the typical morning sickness, I had an easy pregnancy, and continued to work out and stay healthy throughout. I gained a total of 13 pounds, continued to run until I was in my 7th month, and went to regular spin classes and yoga classes. I was at a spin class the day before going to the hospital to give birth. My dad, with whom I worked out 3 mornings a week, would joke that my baby Natalie was going to “come out spinning.” I had an easy birth experience too (who ever says that???) and could hardly wait for the first 6 weeks to pass to be cleared by my doctor and return to exercise.

"But then I found myself with this precious baby that never, and I mean never, slept and cried ALL THE TIME. Was it GERD? Did she have a milk allergy? Was it gas? Was it colic? Maybe she did “come out spinning” because she literally was not happy until she could move. That child cried every waking moment until she could crawl. And even then, once she could move and we finally saw some smiles, she still hadn’t figured out the whole sleeping thing. I tried a few times to get back to the gym, but exhaustion had set in and I had gone back to work.

"Fast forward to the spring of 2016, Natalie was 13 months old. I was still waking up 3-4 times a night. Thinking breastfeeding might be partly to blame for that, I decided to stop. I was shocked when I put on 25 pounds in a little over a month. Of course I was barely doing anything in the way of self-care. No exercise, not eating healthy, drinking alcohol to numb the exhaustion, and coffee to wake up. I distinctly remember signing up for a Baby Boot Camp trial class that spring, desperate to find a way back to healthy. And then Natalie got sick the night before class and I cancelled and was too tired to sign up that spring.

"Natalie didn’t sleep through the night until she was 16 months old, and it took a full 2 months after that to get past the sleep deprivation and feel somewhat human again. By the time I did, I had this beautiful mini-toddler that I already couldn’t keep up with. What had happened to the goal from the very beginning of being a role model for her and having the energy to play with her? Still, inertia is a terrible thing. I laughed at the advice so many (wisely) give that you need to take care of yourself first. I thought to myself, who has time for that?

"And then Kate, the Baby Boot Camp owner, reached out to me about MOLO 2017. I thought to myself, “maybe now is finally the time.” Natalie was 2 and it seemed like it could finally work. Well, she clung to me non-stop during classes and cried a lot and it was hard. It turned out that I wasn’t ready yet to really commit to taking care of myself, but I had started to at least try and at least recognize the need to do so. While I didn’t achieve a single one of my SMART goals during MOLO 2017, it turns out that I did accomplish something incredibly meaningful… finding this group of mamas! My tribe was waiting when I was ready.

"When it came time to commit to MOLO 2018, I was ready. I’m honestly not sure what that internal switch is. If I could have flipped it earlier, I would have, but nevertheless, I was ready now. Natalie is now 3 and full of energy. If I am going to be a role model for her and have the energy to have fun with her, well, the clock is ticking fast! It kind of seemed like now or never, was I finally going to commit to myself? And so, just like that, I did. From the day I signed up for MOLO, I started living the changes I wanted to see. I started moving more, going to class, and eating healthier. By the time MOLO 2018 actually started, I was already down 11 pounds. I embraced MOLO this year. It has been fun to bring Natalie to classes and an absolute joy to do challenges with her at home (she especially loves the Slastix tube and riding my back for push-ups). It brings tears to my eyes watching her mimic the moves.

"In some ways I feel like I’ve done nothing special at all, I just accepted the challenge that was there waiting for all of us. But something miraculous happened along the way. I started caring about myself again and I actually feel like I’ve become a better mom. I now look and feel a whole lot like the person I was before I started this whole “mama” journey, and at the same time, I’m profoundly changed by virtue of being Natalie’s mama. I am down another 11.5 pounds. I’ve lost weight and inches and gained muscle. More importantly, I’m not longer exhausted, I’ve gained energy and confidence, and MOST importantly gained this amazing TRIBE. Being a mama is so hard, taking the time to take care of ourselves is the first thing most of us give up! The support of Baby Boot Camp and all the mamas that are a part of it has been awe inspiring.

“Geriatric pregnancy? Are you kidding me? This Mama rocks 'geriatric' like Bon Jovi Livin' On a Prayer. I'll start my jealous bragging about Erinn with the weight loss, inches lost, and strength gained IN EVERY SINGLE category over the past 8 weeks of MOLO. I'll do my best to paint a picture of a mama pushing hard through every circuit, every squat, every burpee, breathing heavy and sweating while cuddling a toddler. I won't, however, elaborate on these aspects because it's her incredible determination to embrace all that is MOLO and becoming the best version of herself for her beautiful daughter that is the star of this story.

"What gives me the most happiness is the community that grew from this 8 week challenge… and Erinn was at the forefront of this community. She cheered successes and cried during other's tough moments. All the while she continued to fight her own battles as she struggled to give herself permission to take care of herself. Through this journey, she improved her physical and emotional health. She created the image of a mother that every daughter DESERVES to see. As a bonus, she lost a total of 8 inches and 11.5 lbs!

"I think MOLO is all about mama's giving themselves PERMISSION to care for themselves and their tribe. And no one exemplifies this more than Erinn.” -Kate Jwaskiewicz 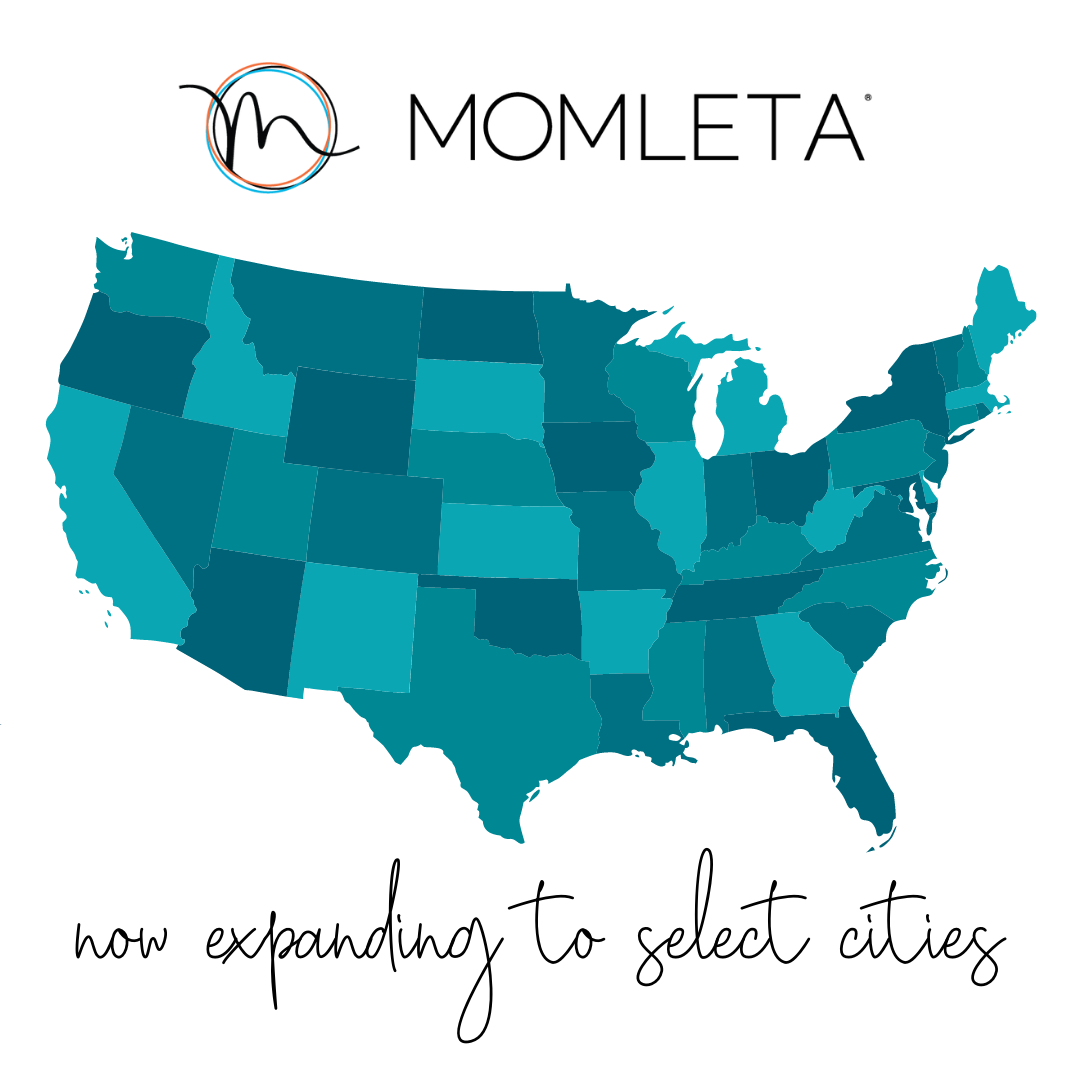